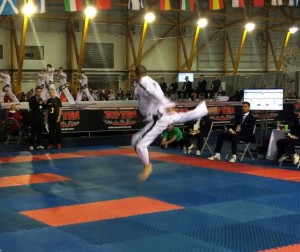 On 20th October, Tunbridge Wells Taekwon-Do instructor Luke Thompson drove up to Scotland to represent England at the European Taekwon-Do Championships. Mr Thompson was representing England in individual patterns (4th-6th degree), team patterns and team breaking. On the Thursday Mr T was up for the team pattern event first. But the event didn’t go to plan as the team came up against the eventual silver medalists in the first round. 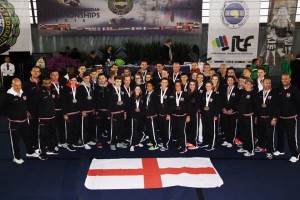 Later in the same day Mr T was up in the individual pattern category but lost to the former World Silver medalist and eventual European bronze medalist. So it was not going well. After 2 days of not competing he was back up for the final day of competition. 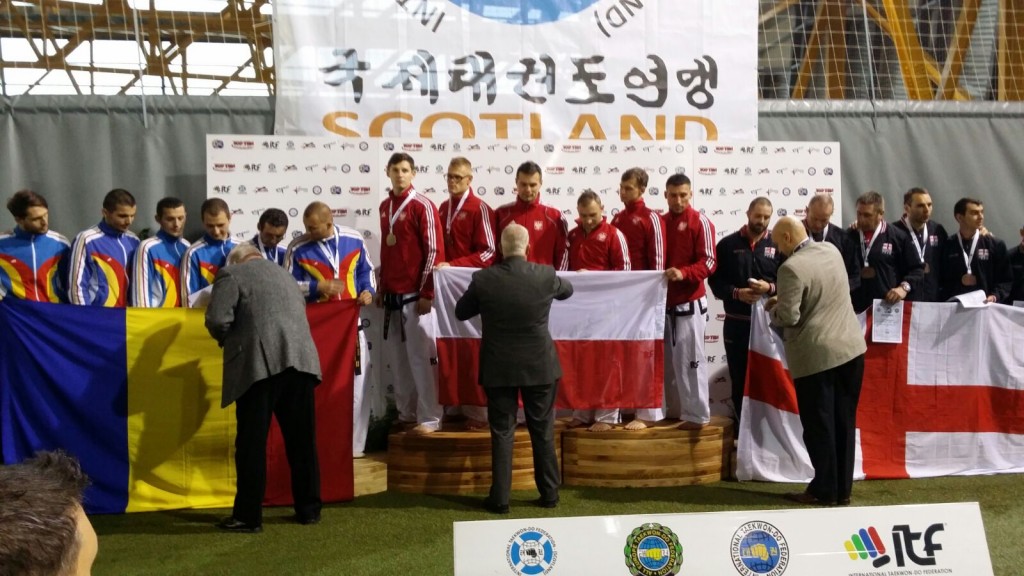 The team breaking was the final event to take place and tensions were running high as this was the last chance for some success. The team broke 4 out of 5 techniques with Mr Thompson breaking the turning kick and it was just enough to clinch bronze medal.

Below are videos of Mr Thompson breaking. 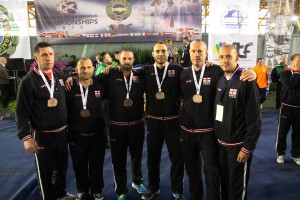 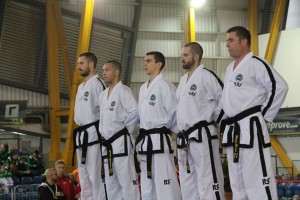