Click on the pattern name to read the description, movements and video. 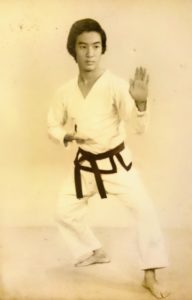 The following was taken from the Encyclopaedia of Taekwon-Do

The ancient law in the Orient was similar to the law of Hamurabi, “an eye for an eye, a tooth for a tooth,” and was rigorously enforced even if death was caused accidentally.

In this type of environment, and since the present system of free sparring had not yet been developed, it was impossible for a student of the martial arts to practise or test his individual skill of attack and defense against actual moving opponents.

Individual advancement was certainly hindered until an imaginative practitioner created the first patterns.

Patterns are various fundamental movements, most of which represent either attack or defense techniques, set to a fixed and logical sequence.

It also enables a student to acquire certain special techniques which cannot be obtained from either fundamental exercises or sparring. In short, a pattern can be compared to unit tactics or a word, if fundamental movement is an individual soldier’s training or alphabet. Accordingly, pattern, the ledger of every movement, is a series of sparring, power tests, feats and characteristic beauty.

Though sparring may merely indicate that an opponent is more or less advanced, patterns are a more critical barometer in evaluating an individual’s technique.

The following points should be considered while performing patterns:

All patterns in this book are performed under the assumption the student is facing “D” (see pattern diagrams).

There are a total of twenty-four patterns in Taekwon-Do.

THE REASON FOR TWENTY-FOUR PATTERNS

The life of a human being, perhaps 100 years, can be considered as a day when compared with eternity. Therefore, we mortals are no more than simple travellers who pass by the eternal years of an aeon in a day.

It is evident that no one can live more than a limited amount of time. Nevertheless, most people foolishly enslave themselves to materialism as if they could live for thousands of years. And some people strive to bequeath a good spiritual legacy for coming generations, in this way, gaining immortality. Obviously, the spirit is perpetual while material is not. Therefore, what we can do to leave behind something for the welfare of mankind is, perhaps, the most important thing in our lives.

Here I leave Taekwon-Do for mankind as a trace of man of the late 20th century. The 24 patterns represent 24 hours, one day, or all my life.